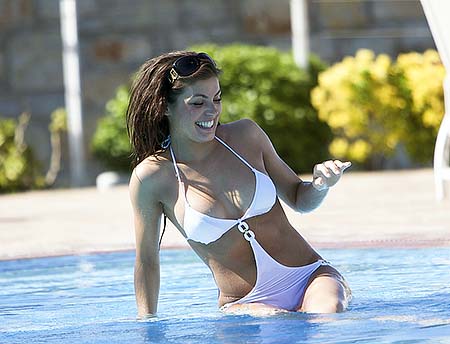 I like foreign jobs, especially if it involves photographing pretty girls. The last couple of days have been a bit of a blur.

I received a phone call on Thursday morning asking if I fancied Turkey. Hmmmm, with all the trimmings, I gave the obvious answer and within 20 minutes I was heading for Gatwick Airport and a quEasyJet flight to Bodrum, Turkey. Changed up a few squids for Lira’s, and later regretted not getting Euros, or keeping sterling.

END_OF_DOCUMENT_TOKEN_TO_BE_REPLACED 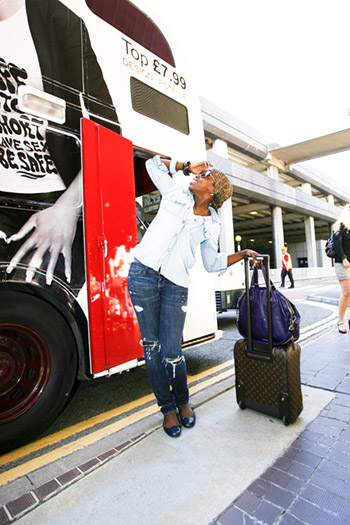 Interesting job today, last night I got a phone call from a company at 1830hrs asking how many photographers we had, and could I get them to Heathrow in the morning. We decided that 6 were enough and then some frantic calls to get everyone in place. 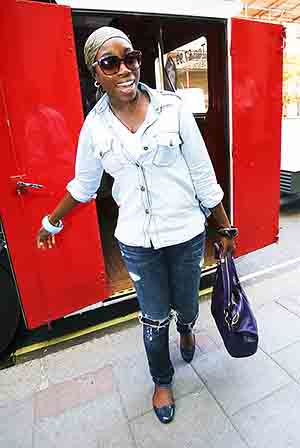 We met up at Terminal 4 for the monstering of R&B singer Estelle. Who is coming to the UK to do a series of Gigs to promote Fashion Against Aids. So part one of the job is done, the 6 of us is then ferried by Limo into Mayfair to do her arriving at her hotel.

3 hours, job jobbed, pics wired and then a limo back to the airport where all of our cars were parked.

So tomorrow night it looks like I will be covering her gig in Regent Street. Which will be nice. 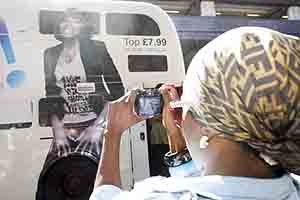 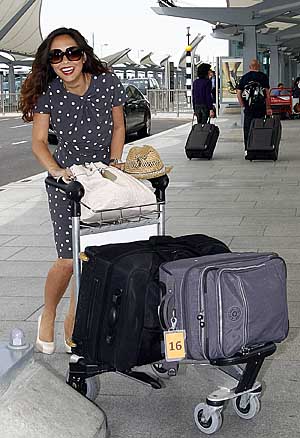 A quick job today (well it should have been) Mylene Klasse was jetting off to Miami. We knew when and which terminal, but as with these things, anything that can go wrong will go wrong. Yours truly and several others were gathered awiating her arrival, and the mercedes she was in sailed past and kept going. Leaving an unfit Tog to run be the best part of 1/4 mile, with kit to catch up. Catch up we did, and pics got and wired within 10 minutes. 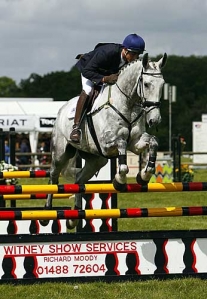 The first job in the diary today was Andrew Gould, the international dressage rider that is alleged by the national media to be involved with Katie Price taking part in an eventing competition in Hampshire.

The “on the day” picture would have been Katie and Andrew together (had she shown up). Next best was a picture of Andrew with his wife Polly and the kids.

The picture shown is of Andrew Gould taking part in the Show-Jumping stage of the competition. Photographs of Andrew with Polly and the children has been syndicated to all of the national papers. 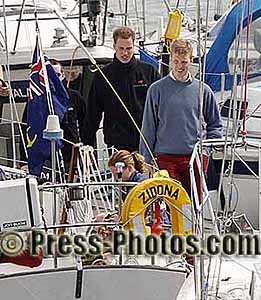 ….like a sailor, or so the saying goes. Prince William, in to his second week of the Officer Training at the Royal Military Academy, Sandhurst embarked on the first day of the training at the Joint Services Adventure Sailing Training Centre in Gosport, Hampshire.

Bloody long day today, up at just after five this morning, just as well I had an early-ish night, however 5 or 6 pints yesterday afternoon left me fit for nothing last night. On the road at 0600hrs and an 80 mile trip to Gosport. Which took about an hour, we hoped that we had an exclusive, however within an hour or so it was apparent that we were not alone, and if not yet, very soon the whole of Fleet Street would be here. 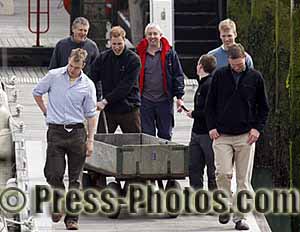 Expecting William to arrive sometime between 0800 and 0900hrs proved wildly optomistic, expecting to arrive in the RMA bus was also wishful thinking. HRH arrived in a cavalcade of Range Rovers at around 0930hrs, and was first spotted at about 1015hrs.

After ferrying his kit to the dock-side he disappeared for about 20 minutes, as his drivers took him to a newsagents for bottles of cokes and sweets. After that it was to the small floatilla of boats owned by the JSASTC for the first lesson of the day, a guided tour of the boat and including I am sure teaching the technical names for the bits of the boat and reminding the cadets that port is a direction not a drink. 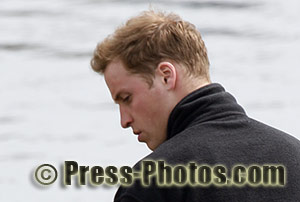 After a break for lunch, it was back to the lessons and so it continued, it was pretty bloody cold when I arrived this morning and if there hadn’t been a wind this afternoon would have been very pleasant.

Anyways, I shall probably be back again in the morning, for a another day, hopefully the weather will be better. The images were put all-round the papers this afternoon, however, with Big, The Sun and others being present, I don’t expect to many makes tomorrow, we’ll see. Most of the photographs were shot on a 500mm and some were shot with a 2x Extender. 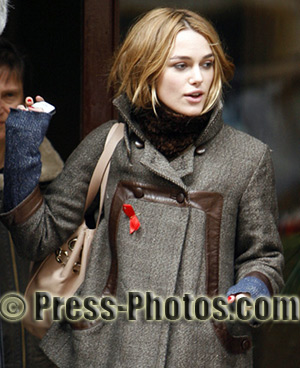 Ahh a fun few days that was. A race into London to beat the rush hour traffic, parked up near Kiera’s pad in West London, a race to Heathrow about lunchtime, and see her check in for an Alitalia flight to Rome.

20:05 hrs I am on a similar flight to Roma, 2 1/2 hours later, one Billingham bag full of camera equipment and laptop, and no clothes. At the ‘duty free’ I pick up a little point and shoot digital because I have managed to lose or break the last three; a little Casio EX-Z750, which has been reviewed for http://www.togsblog.co.uk

Then follows a hair-raising taxi journey from the Airport the taxi driver must have thought he was driving a scalextric car, as he straddled the white line all the way to the Locarno Hotel on Via Del Penne. Having arrived at the hotel at about 00.15hrs, check-in and retire to the bar, only to find that it is shutting in half an hour and there is no smoking anywhere within the city walls of Rome (OK that is a slight exaggeration).
END_OF_DOCUMENT_TOKEN_TO_BE_REPLACED