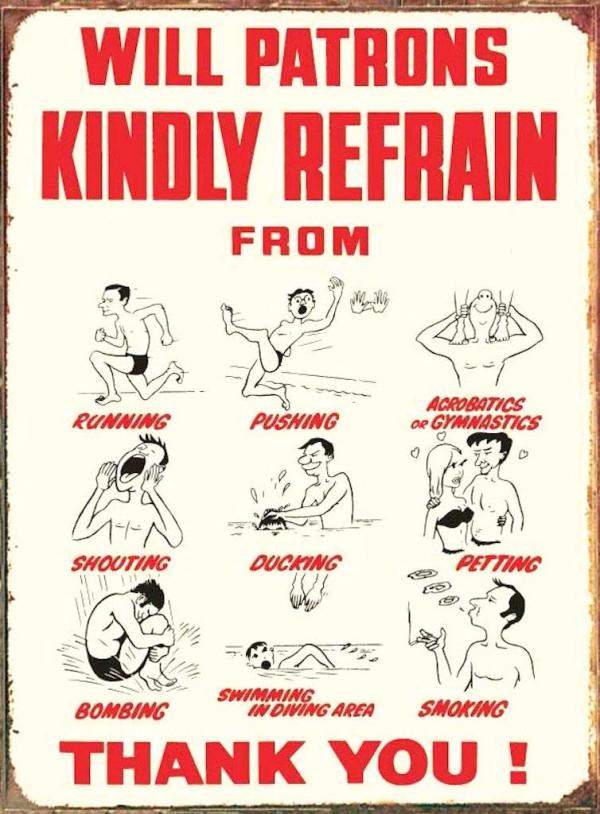 Guildford City FC are meant to be playing away at Swindon Supermarines tomorrow, however the weather seems to want us to play on a weekday evening, which is a real pain in the arse as it is always difficult to field a strong team away from home on weekdays. Players have work commitments and whilst Swindon isn’t the furthest ground in the league from Guildford it still means players have to get there 1 & 1/2 hours before kick off add to that at least 2 hours journey for most of the players.

Anyway pitch inspection tomorrow morning at 1030hrs, judging by the weather forecast, it will most like involve checking the depth at the shallow end & posting the appropriate signs around the pitch.

Anyway off shortly to the New Years Party & Buffet at the Guildford City Club, for copious amounts of music, food & most importantly drink, Yay.

Happy New Year to you all. 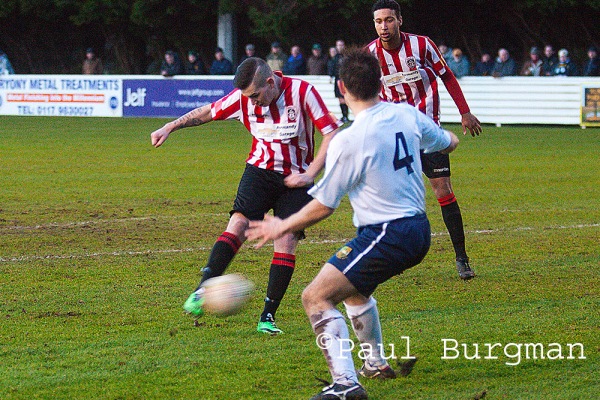 A long day yesterday, up with the larks, well OK not the larks, but early for me on a weekend. Collect a hired minibus, get to the Spectrum in Guildford for 1000hrs planning on hitting the road at 1030hrs.

Eventually we got on the road at 1050hrs, and headed off to the west country. Yate Town to be precise which is very close to Sodding Chipbury. Just over 100 miles each way in a Minibus restricted to 62mph, makes the M4 seem a very dull stretch of road, a quick food stop at Chieveley Services and then on to the ground where we arrived in good time (indeed maybe a first that we had 15 players at the oppositions ground at 1330hrs). However the match kit was travelling in a different vehicle. Although it did arrive eventually there were concerns that the GCFC Awayday jinx had struck again.

Anyway the Awayday jinx did strike despite a reasonably solid performance a couple of errors ended up Guildford losing 4-1. City really now need to put a run of results together in January, otherwise they will lose touch completely with the teams ahead of them, they probably also need to hope that other results are kind to them.

Anyhoo the next match is away at Swindon Supermarines on New Years Day, I am figuring that my hangover might prevent my attendance, then after that we are at home to Mangotsfield, who we lost to first game of the season, 5-3 having conceded twice in the first three minutes. After that there should be a re-scheduled match against Godalming Town.

Damed that was wet, I have been wetter, but only in the bath. Today I was at Thatcham Town Fc v Guildford City FC in the Calor League South & West Division One, which according to the FA is a local derby (a 100 mile round trip) It started pissing down with rain about 3 minutes into the match and then stopped when the Referee blew for half time.

The first three or four minutes of the second half were dry, after that it pissed down even harder than the first half.

Oh well, if the weather keeps this up, the Boxing Day match will most likely be cancelled, which is probably just as well, as it will give the camera kit a chance to dry out.

Reality TV is cheap, cheap to make, and well just cheap. There really is too much of it, especially the variety that has celebrities and celebrity “has-beens” involved. In an effort to shake up the TV industry I have several proposals, firstly they should stop dumbing down the TV content, and if they are going to celebrity reality TV program then we could try and make it a bit more like real life.

First these shows will feature minor celebrities in embarrassing situations, not as embarrassing as their real lives but hey we can try.

Second, because of the recession, none of the celebrities will get paid for at least 12 months, so that we can make another TV series about their Bankruptcy called, “Reality Bites Back”.

Third, if we are lucky enough to get a real celebrity on the show we will rig the voting figures to keep them in to the end.

Also we shall pocket any monies made from the public votes and refuse to refund them when we are caught out.

Celebs have teeth-pulled for no real reason, other than to teach them what it feels like to watch “I was a celebrity get me out of here”

The more pugilistic celebrities are put in the ring with a press photographer, Queensbury rules, no pulled punches, let’s show Britney Spears what it is like to be on the wrong end of an umbrella, teach Kanye West how it feels to have something rammed up your nose (other than cocaine) and lets give Jude Law a couple of shiners. After they have lost, they can visit the Celebrity Bite Club to have their remaining lose teeth pulled.

To get to the top of the celebrity tree takes cunning, determination and not a small amount of back-stabbing and general nastiness. With Spite Club bitchy Celebs take it in turns to relive their schooldays by inflicting chinese* burns, nipple* tweaks etc on other celebrities, the winner is the nastiest, most vicious and most competitive, pretty much like real life then.

*How long before the politically correct brigade complain that you can’t call them Chinese Burns anymore? What will we have to call them instead? What about Nipple Tweaks? Surely the Nips will find that offensive as well.

Pretty much the same format as all the other shows but without any real celebrities, so much the same vain as “Celebrity Big Brother” or “I’m a Celebrity Has-Been Get Me Out Of Here” or indeed most of the UK newspapers celebrity pages.

Celebs take it in turn to get drunk in a night club, and try to leave whilst simultaneously trying to flash their bits and hit out at photographers, Oh no that is too real.

P.S. You are the wind beneath my cheeks.

City’s next match is at home at the Spectrum against Evesham United. The only problem with games at this time of the year, is that even afternoon matches end up being evening matches the Bridgwater Town game ended up the second half shooting at 3200ISO, 1/125sec wide open. Roll on March & April.

F*ck Me, have I said F*ck Me yet? If not F*ck Me. Nearly 300 miles as a round trip to Bridgwater today with Guildford City FC, F*ck Me! I think I might have said that already….

Anyway today was an away trip to F*ck Me, Bridgwater Town FC, we left the Spectrum a little later than was considered appropriate, yesterday would have been appropriate, with a nice 5* hotel, expenses paid brekkie & copious amounts of beer, but as this is Non League football, (with a team with a very small budget) we ended up in two 9 seater minibuses leaving Guildford at 10.30…. No hang on 10.40, ahh wait a while, 10.50am.

Fortunately the 9 seaters buses we had are unrestricted unlike the 17 seaters (62 m.bollox.p.bollox.h.), so we can make up some time, “honest Guv we never broke any speed limits, mumble mumble autobahns mumble mumble.

A disappointing result, caused directly by at least 4 shocking refereeing decisions. The first of which was why the F*ck was this referee not down at Specsavers, and his two linesmen (sorry assistant referees allowed pitch-side without their guide-dogs). Once again City are at the wrong end of loads, I mean loads of shit decisions by the Officials.

Now don’t get me wrong I am a Gooner. I am not a GCFC fan, there is no bias with me here, I don’t hold a torch, I have no argument to make, I have my team & and my country, neither of which are Guildford. But I do have a problem with incompetence or corruption. FA take note, I have chosen 2 ways of describing it, I think an audit would nail which one it is.

Sorry GCFC I wish I could have been a good luck charm, but it looks like my 100% coverage rate is due to end next week (unless commissioned by the SA), or the following week for other reasons..

Once again our thanks go (not only to our players, sponsors, management etc), but also to Methold Vehicle Hire of whom GCFC are proud to be associated, for their brand new 9 seater minibuses.

I have complained before about the lighting at non-league grounds before so I won’t go into it again, however I have tried to be a little more constructive……. Bloody lighting at Non-League grounds stinks!! Sorry. Positive mental attitude adjustment taking place, Bloody lighting…., Nope it’s going have to be a complete re-boot and reset to factory defaults… Could be a while hang on.

OK my kit, in its day was the mutts nuts, but 6+ years have passed and it is now nowhere near as good as the current batch of DSLRs at high ISOs, in fact many of the current crop of Pro DSLR (i.e. the Nikon D3S and the Canon D1x are better at 1600ISO than my MKIIns are at 400ISO.

Time to experiment with Noise reduction software, first test was on a match that I covered at Bishops Cleeve on Tuesday, ISO3200 and exposures of 1/160 @ F2.8. The results are really not pretty. So I have download a copy of DeNoise.

First Impressions: Hmmm favourable but at a price, around 10 seconds per image, with only one image open, I wonder how slow when I am working on 10-30 images at a time. But at least the results seem to be usable.

GCFC only have a 280 mile round trip on Saturday, the England Team during the world cup have a 3,500 mile round trip to do. However, they will most likely be flying, in 1st Class, plenty of leg room, meals & drinks supplied, and will probably be in the air for 3 hours or so each way. Whereas GCFC players will mostly drive from home (upto an hour) then sit in a minibus for 3 hours, with a 20 minute stop at a motorway services for food & drink and then the same on the way home.

Anyone have a helicopter that they lend us?

GCFC are away to Bridgwater Town FC next weekend, a mere 280 mile round trip. In a minibus that will only do 62mph, so 3 hours each way then, plus a stop somewhere for a feed & probably fuel.

This league is ridiculous in the amount of travel that Guildford City FC & Godalming Town FC have to do. It makes it particularly hard for players who have have work commitments to make it for weekday away matches. Last night was a case in point, despite the brilliant result, it was a cobbled together side, that probably a good few had never played together before. 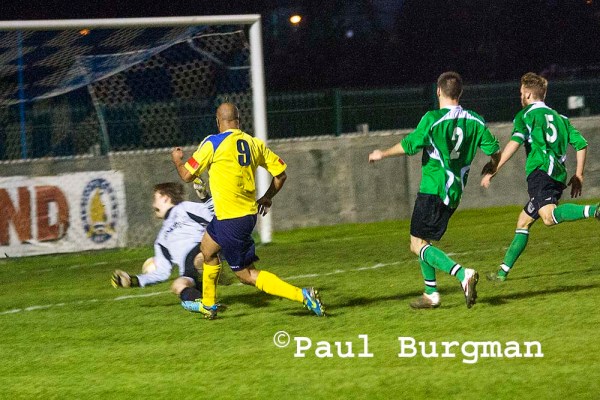 Who’d have thought it, City break their away-day record, recording their first victory away from home this season, they also broke their 11 match losing streak and kept their first clean sheet of the season.

In match where the home team felt that they would give us a spanking, City managed to stay in the game despite Bishops Cleeve hitting the woodwork three times & forcing some good saves from the city shot stopper. In the second half, City’s Lance BANTON-BROWN struck twice to put the smiles back on the faces of the hard-core city fans that travelled the 200 mile round trip.

Have to add, the stadium lighting was absolutely shocking, for those that know (3200ISO, 1/160sec wide open, and that was at the brighter end).