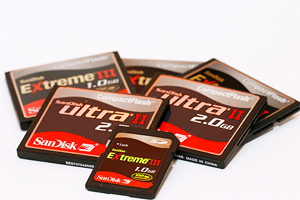 CF cards are incredibly robust, they seldom fail, in the last few years I have never had to replace a CF card because of failure. I usually replace them because they are too small for the next generation of digital cameras. However, a couple of days ago a CF card failed, and catastrophically. Even Rescue Pro couldn’t help recover the lost images. So before everyone gets too comfortable and goes out buying 16Gb cards, remember they can and do fail, better not to have all your eggs in one basket.’ 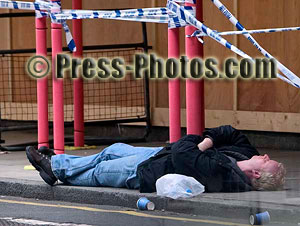 According to a recent report a lack of sleep can be deadly, probably not in the way that you’d expect. Press Snappers regularly working long hours and travelling long distances you’d expect the risk to come from dozing off at the wheel.
But according to Francesco Cappuccio (which I thought was a caffeine rich drink), professor of cardiovascular medicine at the University of Warwick’s medical school, told the annual conference of the British Sleep Society in Cambridge. “People who do not get enough sleep are more than twice as likely to die of heart disease, according to a study released on Monday. Although the reasons are unclear, researchers said lack of sleep appeared to be linked to increased blood pressure, which is known to raise the risk of heart attacks and stroke.”

“A third of the population of the UK and over 40 percent in the U.S. regularly sleep less than five hours a night, so it is not a trivial problem,” he said in a telephone interview. “The current pressures in society to cut out sleep, in order to squeeze in more, may not be a good idea — particularly if you go below five hours.” ‘

END_OF_DOCUMENT_TOKEN_TO_BE_REPLACED

…..that this doesn’t happen more often! How long will it be before the shop owner is hauled into court for failing to secure the generator room sufficiently to prevent some low-life scum from breaking in and killing himself.

Reminds me of a story a while back when a person who was fed up with his car being stolen wired the door handles up to the mains. Friggin’ “tea-leaves” deserve all they get and a lot that they don’t.

A suspected burglar was electrocuted while on the roof of an empty shop. Mark Ashley Horn, 22, was discovered in London Road, Waterlooville, Hampshire, in the early hours. Ambulance crews and police were called to the shop and Mr Horn was taken to the Queen Alexandra Hospital, Portsmouth, where he died.

A second man, also aged 22 and from Waterlooville, was arrested on suspicion of theft and is being questioned by police. It is believed the pair had broken into a generator room on the roof of the building, where Mr Horn received a fatal electric shock. 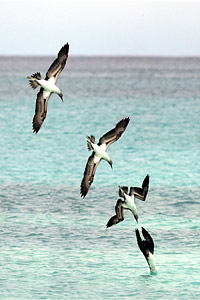 Unfortunately their link to the 2007 short list is not working at the moment Link Here The one shown here is Tony Mills’ composite sequence of a Booby diving took the ‘Action’ category prize. Quite what John McCririck’s wife is doing leaping into the ocean is anyone’s guess. You can see more on the Sky News Website.

I don’t know a great deal about bluetongue, however, if I thought about it I would imagine that it would be like Bluetooth but slightly wetter. The one thing that I do know about bluetongue is that it is spread by insects, and requires a blood to blood route to infection. Yet Suffolk Police have had several plod standing around in front of a police cordon sealing off the farm. Now I know that a lot of people take very little notice of what the old bill have to say, I do find it highly unlikely that the midges that spread this disease are likely to arrive at the police cordon and say, “hang on chaps, we can’t cross this police tape, we’d better find another way”. What a waste of Police time and the public’s money. If there was a foot and mouth outbreak, I can understand the requirement for a secure perimeter.’

I was out at the Chelsea Training ground this morning looking for the “special needs” One, bit of a none story, but figured getting an “on-the-day” pic would be worth something, turned up early, to find within an hour the world and his dog had arrived, however, Sky News went one better, they had a chopper up for three hours, above the training ground plus an ENG team on the ground. What a waste of time effort and money, these things cost over £400 per hour to keep in the air, for what a picture of Morinho’s car roof, unless of course they planned on doing a follow!’

So Saatchi & Saatchi have won the Labour Party’s advertising account. I guess the inspiration must of come from the hit single recorded by Freddy Mercury and Queen. It is just maybe the way my mind works, but a better alternative inspiration would have been a song by the Punk “one-hit-wonder” Jilted John; Gordon is a Moron.

END_OF_DOCUMENT_TOKEN_TO_BE_REPLACED

The Second day of the Foot and Mouth Alert in Surrey, sees the expansion of the Control Zone, the zone now covers an area from Windsor and Eaton in the west and Esher in the East, West Drayton in the North and Chilworth in the South. No exciting images from today, at least not yet anyway.

Just 10 miles away from the first outbreak and days after the ban on the sale and transport of cattle, foot and mouth is back in Surrey. The whole of the UK media packed into a country lane in Egham today.

Once again Surrey Police are to target speeders, which even according to their spokesman, speed is a contributory factor in only 16% of all Fatal and Serious Injury Accidents. Their figures in fact report that Speeding is contributory in only 6% of accidents, the remainder of the “16%” is driving to fast for the conditions, which is not the same as speeding.
END_OF_DOCUMENT_TOKEN_TO_BE_REPLACED