The next game for Guildford City FC is against Cirencester Town FC at the Guildford Spectrum on 2nd November at 1500hrs. Hopefully we can improve on our recent form, and turn the spectrum into Fortress Spectrum. I only recently did a team photograph in August (the second one of the season) and the team line up has changed again rendering it out of date, I think I might wait until the end of the season to do another line up 🙂

The arrival of Guildford “Old Boy” Jamie Thoroughgood and a new left back in Darren Stapleton, means that at least a couple of new head & shoulder pictures need to be done.

Unfortunately last weeks away game, may be my last for a little while, which is a shame as I have covered 100% of the matches since the season started. Luckily the next home game fits between the split shift that I have to cover.

Guildford City had a long journey to Stratford Town, on the back an unbroken run of Away Defeats, City were hoping to turn their season around, with the introduction of City “old” boy Jamie Thoroughgood who made his debut for the Club aged 16, and who subsequently made 170 first team appearances in a Guildford shirt. They also fielded a new left-back. However, whilst city’s new boys both had good games, unfortunately some shocking refereeing decisions marred the game. City ended up travelling back from Stratford without any points, when really they certainly didn’t play like 4-0 losers. They played some really good football and created some good chances.

Jamie Thoroughgood, a hugely experienced player at this level, was quite impressed at the football skills displayed by GCFC, but said that it was largely a lack of experience in the team at this level and the young ages of the players. I agree, & I think that the team can survive at this level, they are getting fitter & more experienced every week, we just need some consistancy in the squad, so that we can field an unchanged team for a run of games, but with work commitments for many of the players, it makes it tough. 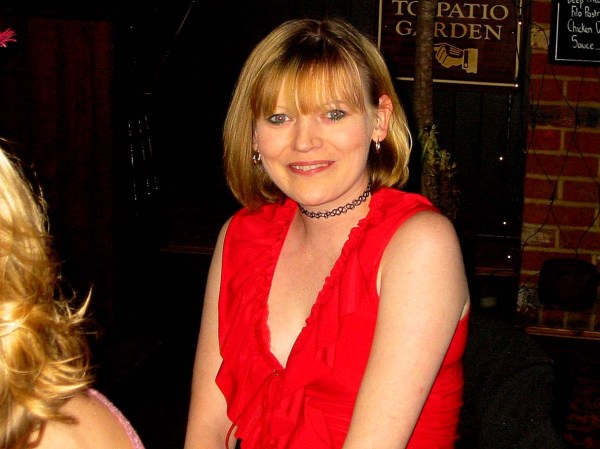 Most of the photographs of my wife, Libby, are on negatives that are in storage, however whilst sorting out my archive I did come across a couple that were taken on a little point and shoot camera. It is nearly 3 years since she passed, and is still sadly missed, not only by me, but her many friends and her family. RIP Libby.

So I ended up doing a little PR job, in Guildford, Phil Vickery MBE, the Rugby Player not the chef. Phil has a brand of sports clothing called Raging Bull, and was launching a new range at the House Of Fraser. Seemed like a thoroughly likeable chap, spent ages chatting, especially with the young kids that turned up for his autograph. Now I have to work out a way to get them involved with Guildford City FC, as they have recently launched a range of football kits.

Guildford fielded probably their strongest side for the first time in a while, after missing a few defenders mid-week. They lost a tough game against the league high flyers Merthyr Town to a very late winner. City having scored first should certainly have got a point from the match.

Despite the difference in status of the two clubs, any neutral spectator would have thought that GCFC were the high flyers, as Merthyr Town were really rather ordinary. But as the home team tired they hit an 80th minute winner. 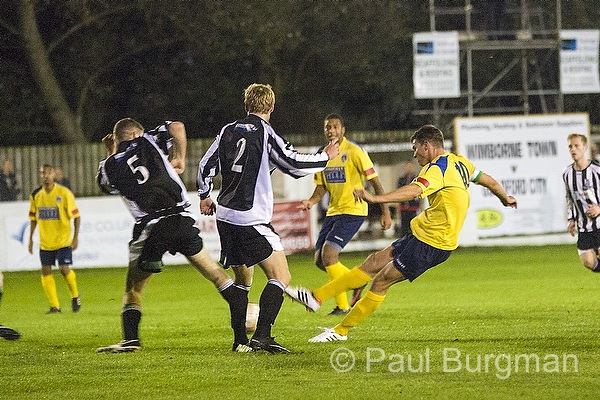 Was At Wimborne Town FC’s ground last night, cannot believe the lighting in some of these lower league grounds, 3200ISO 1/200sec @F2.8. Really need to upgrade the EOS1DmkIINs as they are really noisy, fancy a couple of EOS1Dx bodies, but simply cannot justify the price tags at the moment, may have to upgrade to EOS1DmkIV in the new year as the season is only going to get harder. Only one or two evening matches left, (subject to cancellations) I really don’t fancy a weekday evening game in Methyr or to be honest anywhere further West than Bristol.

City are playing their best football of the season, and thoroughly deserved their 2-1 half time lead. Bit disappointing that they could not hold on for the win, but some great new talent on show, two new keepers, and some sterling work by Pat Cox, Tuan West, Ryan Bernard, George Bowerman and others mean that whilst the cup (cash run) is curtailed, there is a great deal of hope for the team going forward from here. Wimborne on Tuesday (for which I appear to be driving a team minibus), please let us play with the same spirit and work ethic that we did today. We deserved a win, and as happens at the lower end of the league, you just can’t buy any luck.. Well played City, you deserved more!!