Disappointing not to have a football match to cover this weekend, perfect footballing weather, the pitch looked in great condition, but any hoo.

Guildford City are announcing their new charity partnership at the match against Chertsey Town on ‘Non League Day’ the 6th of September as well as unveiling the new football strip & sponsors to the public. As well at the halow project we are expecting the mayor of Guildford & various other dignitaries, trustees & directors of our commercial partners.

it should be a great day with a number of our youth teams playing games during half time, and various events prior to the kick off. Hopefully we will have several hundred fans & guests present for the afternoon, and then all down to the City Club for a BBQ & party. 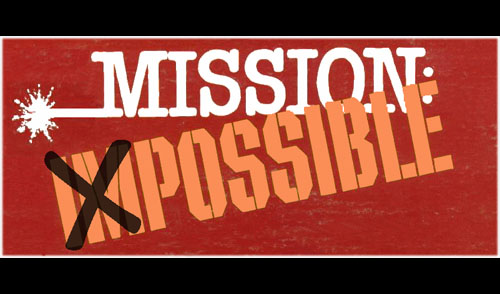 I have experienced the definitive case of ‘mission creep’ over the last couple of seasons. It started when I was asked if I knew of somewhere that we could get a good deal on minibuses for the nightmare of a season for Guildford City Football Club, when they were dumped from a great height in the Bristol & District league (or the Calor South & West League as it is officially known). Having secured a great deal from Methold Vehicle Hire for a couple of 17 seater minibuses for each of the away games, it became clear that a driver for one of the minibuses would also be required, so seeing as I would be driving one of the buses, the camera equipment should also travel as well.

So added to the list was match day photographer, after a few months, webmaster seemed to be added to my role within the club, oh & social media manager also…

Then during the close season the securing of advertising & sponsorship revenue were added to the list of things that needed doing.

Anyway the beginning of a new season & a lightening of the load occurred, no longer needing to drive minibuses, I am pleased to say that I have gone back to the role of match day photographer & webmaster for the www.guildfordcityfc.co.uk and the www.twitter.com/guildfordcity.

It has been an interesting & challenging 13 months or so, but hopefully some of the ideas that the we have put in place should make the financial position of the club a little easier to manage in future, and hopefully our new sponsors & advertisers will be with us for many years to come, along with hopefully many new ones as well.

As if I could ever overdose on football, had a busy weekend of football, with still some more tomorrow. Saturday started with a visit to Guildford City rivals Westfield versus Hartley Wintney, and then a bank holiday visit to cover Woking FC comprehensively beat Dover Athletic.

Westfield FC have a nice little stadium, in Woking Park, and the weather was sunny & bright, Woking on the other hand have a nice, much bigger stadium, and it pissed down with rain for the whole 90 minutes, actually it pissed down the whole day, so for the first time this season I had to break out the chamois leather.

Tomorrow, assuming that it ever stops raining, will see Westfield FC visit Guildford City at the Guildford Spectrum.

A new season in a new league, Guildford City FC this season find themselves in the Combined Counties Premier league. A much more local one than that the stitch up of a league that we ended up in last season. City’s furthest away game this season is a short jaunt across to Horley.

I have never been involved in the league at this level, but of the two matches that I have been to so far, it is going to be interesting to compare the quality of the stadium & facilities to the places like Merthyr Town, Evesham & The Seasiders from last year.

A loss in the first match of the season, when really we should have had a comfortable afternoon, then this weekend a victory against Farnham Town, by a single goal, which really could have been 5 or 6.

So onwards to our first home game of the season against Spethorne Sports on Wednesday evening at the Guildford Spectrum.