I know that in January I will be complaining that it is too cold, but boy it was warm today, Guildford City played another of their pre-season friendly matches, this time against Broadbridge Heath, who play their football in Southern Combined Counties Premier League (at the same level as City). A good test for City, Broadbridge proved tough opposition, and indeed took the lead, City did bounce back to win.  Playing 90 minutes in this heat is tough, but there is no doubting the fitness levels of the team. 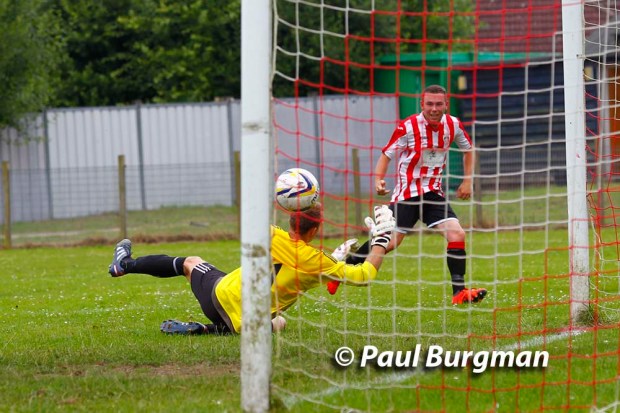