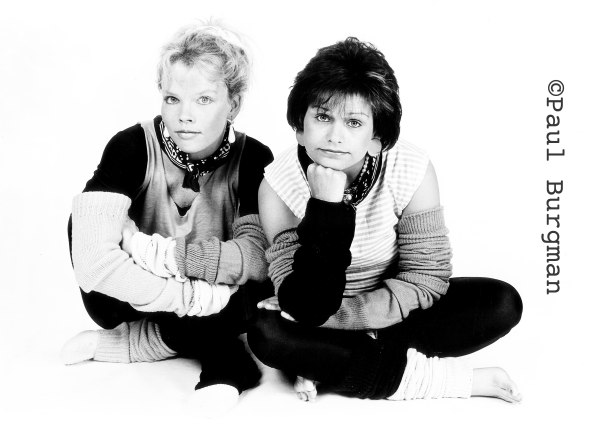 Sara Crowe and Ann Bryson before they shot to fame as the Philidelphia Cheese Girls. Original Publicity photographs shot for their Cabaret Act the Flamin’ Hamsters.

From back in the day, I think 1983/4, but it could have been even earlier than that. Photographed in a studio in Godalming. Sara Crowe & Anne Bryson went on to become famous as the Philadelphia Cheese girls, but first they had a cabaret act called “The Flamin’ Hamsters”, never really found out what the background to the name was.

They both went on to considerable success it TV comedy shows & Sara also went on to star in a Carry On film, admittedly it was one of the worst Carry On films ever made, although there was a memorable quote, but I can’t even remember what that was 🙂