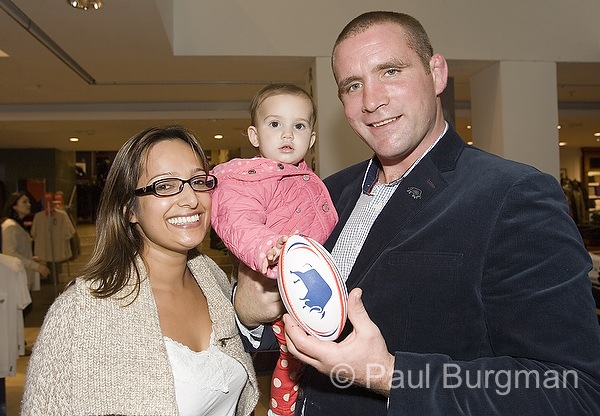 So I ended up doing a little PR job, in Guildford, Phil Vickery MBE, the Rugby Player not the chef. Phil has a brand of sports clothing called Raging Bull, and was launching a new range at the House Of Fraser. Seemed like a thoroughly likeable chap, spent ages chatting, especially with the young kids that turned up for his autograph. Now I have to work out a way to get them involved with Guildford City FC, as they have recently launched a range of football kits.