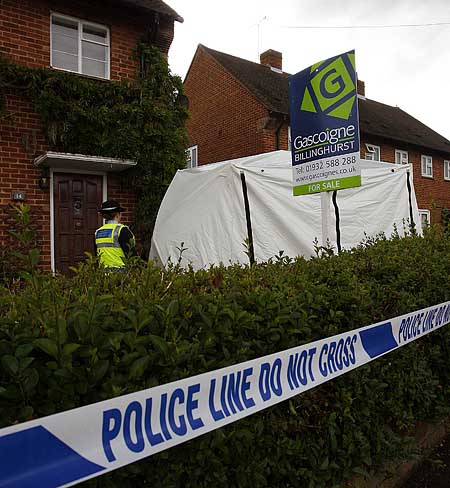 A tip off this morning that a human foot had been found in a wheeley bin and that Surrey Police were investigating. So a quick trip to Cobham. No exciting pics, just the usual scene of crime stuff. But job, jobbed and all that.

A quick update, the initial reports were of a severed foot, however, later reports confirm that it is the body of a woman that was found in the bin. A quick glance at the Sky News website shows that they really have their finger on the pulse

A neighbour, who did not wish to be named, said: “I saw police there yesterday and then just read about it on the internet.
“I don’t know who lived there, it’s all a bit odd. There are police here again this morning, but I don’t know what they are doing.
“I think the house may be up for sale, but I could be wrong.”