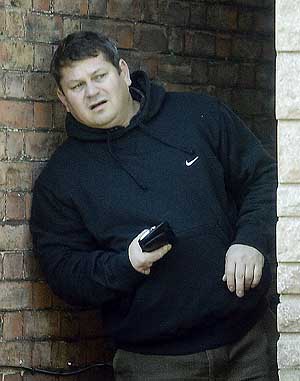 mostly sitting on a doorstep 150 miles from home. An early start (about 0530hrs) followed by a two and a half hour drive. Parked up out side the targets house, whilst the reporter did a door knock. The target’s wife answered and there was no way that the target was going to speak to a reporter.

Leonard was one of three men arrested and held in Windhoek. During their subsequent arraignment at Outjo Magistrates court on 4 December 1989 an accomplice hid a pistol in a toilet cistern. Veenendaal asked to go to the toilet, retrieved the gun and concealed it on himself. As the prisoners were being transported back to custody, two white men attacked the vehicle after it had stopped to allow the prisoners to relieve themselves. During the ensuing struggle Ricardo van Wyk, a police officer, was shot and killed.

He was also believed to have been involved in a later terrorist attack on a UN building.

He is in the UK teaching rugby to 13 year old students in Cambridgeshire. The last time that he was approached by a reporter, it is alleged that he grabbed the reporter by the throat and threatened him.

Pleased to say that there were no such confrontations today.

2 thoughts on “Today I have been…”