Day that is, a Long day! Left home at the crack of dawn yesterday, then last night I ended up at the grand opening of a nightclub in Islington, called “Doubles”.

The only reason that I am at the night club is that there is apparently a guest list with a host of celebrity names on it. I say celebrities, to be honest the majority of them I would not recognise if they sat on my face, well, excepting the fact that they “were sitting on my face”.

The only one that I truly recognised was Bryan Ferry. But there were others, including Jaime Winston (Ray Winston’s daughter), Stings daughter Coco, Paul Wellers’ son, Nat, there seems to be a theme here….

Hmmm, strangely enough I didn’t know who the F*ck any of them were! Eventually made it home a little before 0400hrs. 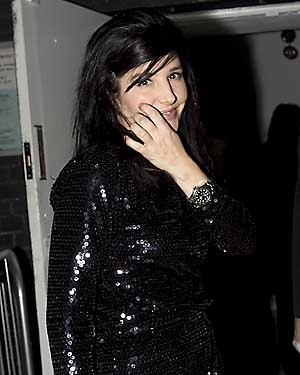