The new Sigma 500mm F4.5 EX DG APO HSM lens arrived on my doorstep sometime today, and over the next few weeks I shall be evaluating this latest digitally enhanced lens. Firstly a description of the 500mm F4.5, straight out of the box, untouched by human hands (presumably assembled my monkeys in Japan) the first thing that struck me was the drop in circular polarising filter that was already in the box, something that Canon (and Nikon) charge huge amounts of money for.

The lens is supplied complete with a black padded case, with a strap, which is a snug fit for the lens, so little chance of fitting a body and lens together in the case, unfortunately. The box also includes a strap for the tripod lug of the lens. It also rather un-necessarily comes with a set of instructions.

The 500mm F4.5 is shipped with fixed tripod mount (unlike the 120-300mm which is interchangeable) and a rigid lens hood that reverses back over the lens for storage with a nosebag to protect the front element.
The lens hood seems remarkably short for a 500mm lens, I wonder how effective it might be and hopefully some testing shall reveal all.

The lens is appears to built to the same standards as the Sigma 120-300 although it is rather lighter in weight, which is one of the big advantages of a prime lens.
Starting at the lens mount there is the usual Sigma white blob to enable you to line the lens up with the camera mount (whether Canon, Nikon or whatever, you mean there is anything else?) and slightly ahead of that is the Manual/Autofocus switch, which is straight forward enough to use.

In front of the AF switch is a drop-in filter holder, about which I still have the same reservations as the one on the Sigma 300-800mm, to release the holder you simply squeeze the two clips together and out she pops. The drop in filter size is a standard (but relatively small) 46mm, so off-the-shelf filters should be easy enough to use, although you may have to be aware that the filter ring should be no deeper than 5mm as it will not fit. My main concern with the filter holder is how it will stand up to knocks and abrasions when the lens is on a strap over your shoulder. As it protrudes a little way from the body of the lens

In front of the drop in filter holder is a ring with a white mark, which I think is a bloody good idea, (and so will you when you find out what it does…… Ok I will tell you). Rotating the ring also rotates whatever filter you have in the filter mount, not important with many filters, however when using a polarising filter it makes life an awful lot easier. The slightly bizarre thing though (although you’d never notice it normally) is that the filter turns the opposite way to the ring itself.
Just in front of that is a strap lug and ahead of that is a focus limiter, with ranges of 4-8 metres 8 metres to infinity and beyond and a full range setting.

Ahead of that is a focus scale and the focusing ring, which is nice. Another thing that is nice is the Sigma lens focuses in the same direction as the Canon lenses (something that has often been a problem for independents, however I guess that it is now a problem for Nikon users).

In front of the focusing ring are the previously mentioned tripod mount and then the lens hood. A quick word on the lens hood, (honest I am not anally retentive about lens hoods) the hood is significantly better designed than the 120-300mm F2.8 hood in that, whilst it is still of metal construction, it has the inside of the hood lined with a matt black flocking material and a plastic front trim that will reduce the risk of exposing bare metal at the front of the lens hood itself.
The image on the left is a composite of the lens hood from the 500mm F4.5 and the hood for the 120-300 F2.8. I think that it is safe to say that you can all see the difference between them, and that the 500mm hood will almost certainly out perform the 120-300 especially as they get older.

You can already see the 120-300mm hood has paint missing from the leading edge, where the camera and lens have been placed on the ground. In time, this will wear to reveal shiny metal that will cause more flare (or the risk of flare) than it will cure.

Overall construction of the 500mm F4.5 is very nice, it has a substantial enough feel to it, without feeling over engineered, it is a comfortable weight to hand hold albeit for relatively short periods of time, weighing in a 6 1/2 pounds it is about the same as the Canon 500mm f4.5 and about 75% of the weight of the latest 500mm F4 IS. The tripod mount is of a good enough size even if it does face the wrong way. When using mono-pod the easiest way to move a Camera/Lens/Pod combination quickly is to tilt the camera/lens forward and hold by the tripod mount, with this mount it places all the weight on the little finger which is uncomfortable after a short period of time.

Having used the Sigma 500mm a couple of times on jobs, this lens is a good as I expected. The Autofocus is good, but not a patch on the Canon 400mm F2.8 (which is to be expected given that it is a stop and a half slower) but more than acceptable. Unfortuntately I no longer have my old Canon EF500mm F4.5 to do side by side tests, as the Canon lens was renowned for it’s quality. 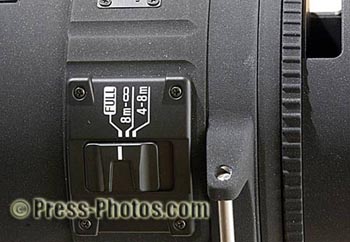 The lens is reasonably well balanced hand held, although as seems to be typical of the Sigma lenses the tripod foot is the wrong way around. If you are looking at the Sigma as an alternative to the Canon 500mm F4 L IS USM I would have to say go for the Canon, especially if you are going to be using it with the 2x converter. The reason being that with the F4.5 Sigma, when you add a 2x converter, it becomes a 1000mmm F9, and even on the Canon 1 series digital bodies you will lose the AF (although with the Canon 500mm F4 and a 2x converter you will have only the centre spot, which is better than nothing, especially as none of the modern AF bodies have any focussing aids as standard. 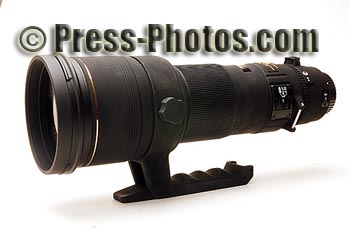 There are no problems with the images that the lens is capable of producing, although with any lens of this size a little care and forethought will help. 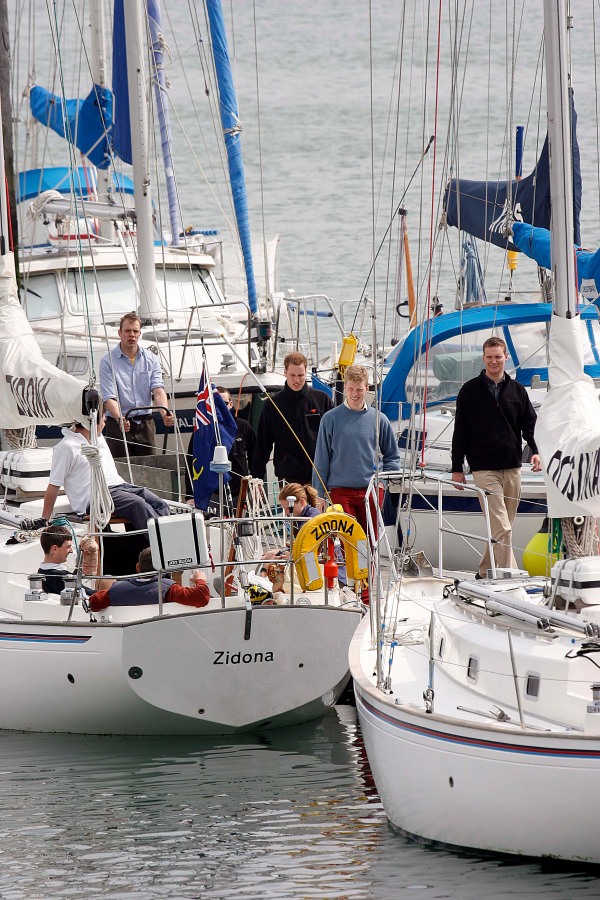 My conclusion is; if you want a good value for money 500mm and will not often require a 2x extender or image stabilisation, then save yourself a couple of thousand pounds. If however it is going to be used right on the limit of available light, go for the Canon. Whilst I shall not be adding this lens to my equipment box, I can definately recommend it. Now if Canon only did the EF 500mm F4 IS USM L in black……

I have included a couple of pictures at the bottom of the page that were shot with the 500mm straight and with the Sigma 2x converter. Therein lies another quandary, the Sigma lenses really do not like the Canon Extenders (or maybe it’s the other way around) so if you have a mixture of long Canon and Sigma glass (I assume that it will be the same with Nikon) then you will probably need to double up on extenders.