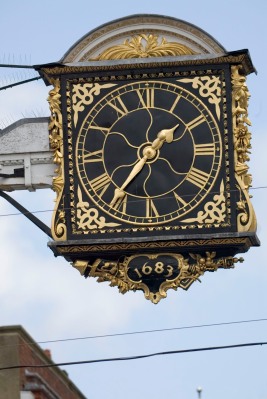 This lens has more random letters in its name than a Korean car model.  So from now on it will be know as the Sigma 300-800 seeing as they only make the one, there shouldn’t be too much confusion (damned that’s put me in mind of Highlander “There can be only one!!”, so how come there was a sequel?)

First impressions of the 300-800 when it was delivered this morning, well something along the lines of “No I didn’t order any portable anti-aircraft missile launchers”. The lens arrived in a black padded coffin, basically, with a couple of grab handles.  Weighing in at some 5.5 kilos, it is a little lighter than my Canon EF400mm F2.8 USM Mk II.  The case will take the 300-800 with a camera mounted, I would like to see a little more space or padding on the top lid, to protect the camera whilst mounted on the lens. Other than that the case is pretty much ideal.  The only other additions  I would like to see  with the case would be pouches/pockets to take 1.4x and 2x extenders and a method of attaching a monopod to the exterior of the case.

As lenses go this one is fooking huge, but what a cracking zoom range. From 300mm all the way to 800mm in as long as it takes to twist the ring. Actually it isn’t that quick, the zoom action is a fairly firm and requires a good turn, which whilst holding the lens conventionally is not possible. OK this lens wasn’t designed to be hand held, but even on a monopod it still requires a couple of handfuls to go from one end to the other, simply because turning your hand through nearly 130° and still keeping the lens stable is awkward. Starting from the back of the lens, the usual Sigma white index mark, and the AF/M switch, which once again gets in between the my fingers and the lens release button on the camera body. This is slightly less of a problem on this lens as I would tend to remove the body from the lens, rather than with smaller lenses where you would hold the  lens and press the lens release but simultaneously.

The next item is a built in 46mm filter holder; which the catch for which does seem a little flimsy, it will be interesting to see how it copes with the lens being slung over a shoulder on a strap.  Just in front of the filter holder is a strap lug, and there is another on the tripod mount.

A nicely proportioned zoom grip is next, which unlike the 120-300 is exactly where it should be (this is one of the annoying thing about independent manufacturers, there seems to be no consistency between lens designs) further forward still there is the focusing ring, which again is in the right place. Underneath the lens is the tripod mount, which rotates through 360°, and held by a big knurled locking nut.  My only criticism of the tripod mount is that it faces the wrong way,which makes it awkward to pick up and carry when you stop shooting, as the lens physically has to be rotated. Otherwise the weight of the camera and lens is balanced on the little finger which is uncomfortable after a short period of time.

Seeing as this lens is pretty unique, and at a great price, (I am sure that if Canon made one it would be considerably more expensive) I can forgive it a few foibles, as long as it delivers the goods and first exposures with this lens would indicate that it can.  As with any lens of this size and weight, a little more care and consideration has to be given to how it is used, but as long as your technique is good enough, then this lens should also be good enough.

For the first test images, I chose a fairly well known local landmark, it offered something that had plenty of detail, and in reasonable sunlight meant that the AF had no problems locking on. I have included an overall view of the town clock, if you wish to download the full file simply click on the image. I have also included two crops at 100% from both the edge and the centre, at both ends of the zoom scale.
You can also check the exif data on the full size images if required.  All images where shot at 200ISO on an EOS1D. The cropped images below are untreated crops, no unsharp mask, no balancing, straight out of the camera. The AF works well, not as fast as the straight 400mm F2.8, but that is hardly surprising, the 2 stops difference between the Sigma and the Canon is the biggest reason, however I am sure that it is every bit as good if not better than the 400mm F2.8L with the Canon 2x Extender, and if I get a chance, whilst the lens is in my possession I shall try to do a comparison shoot out between them.  It requires a reasonable amount of light, or a contrasty subject, the one thing to bare in mind (with any lens of this focal length is that atmospheric haze will have an influence and may make images look softer, especially in the summer months with heat haze being kicked up off of tarmac surfaces etc. 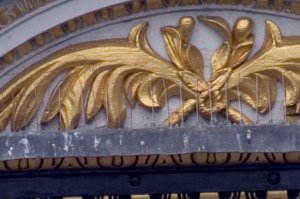 This is a highly specialised lens, and I am certain that it will find room in many traveling sports photographers luggage (definitely for the cricket and golf togs out there) and a very useful lens for the general press tog to have. The performance of this lens is pretty good, the only downside is a very small amount of chromatic aberation, which Sigam have promised will be cured in the next version that is due out fairly soon. One useful fact to know is that it the Canon Extenders appear to work, as there is a sufficiently large recess so the front element of the extender doesn’t snag.  I will also (time permitting) do so test images with the 1.4 and 2x Extenders from Canon.

Unfortunately the lens had to be returned before I was full able to test it with the extenders, however I have been offered the opportunity to trial it again, I shall hopefully line up some cricket in the summer, my only real reservation about this lens  is that as it’s maximum aperture is f5.6 (which is very quick for a 800mm prime, yet alone something as flexible as a 300-800 zoom) it sometimes struggles in lower light conditions to focus at first attempt, and as the motor has a lot of glass to move, it takes a little while to wind it’s way from infinity back to the closest focus distance and then back to infinity.

It covers the ultra-telephoto range up to 800mm.

This lens covers the telephoto range from 300mm
to the ultra-telephoto range up to 800mm. By continuously varying the
angle of view from 8.2˚ to 3.1˚, the lens takes a lot of the footwork
out of picture composition.