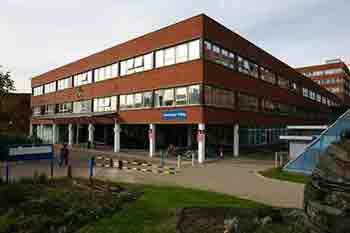 Having cropped, adjusted the levels and sharpened you image, the next most important element is to compress it to a size that is feasible to wire to your Agency or Newspaper.

Firstly lets define a couple of terms that we will use through this page, just to save some confusion later on.

Lets have a look at what Jpegs are. JPEG stands for ‘Joint Photographic Experts Group’, the joint bit stands for the link between the Photographic Experts and the standards organisations such as ISO (International Standards Organisation). And is an industry standard image format that is “lossy” that is as you save an image it uses an algorithm to determine how much information can be discarded, thereby reducing the file size. Essentially it looks at an image and decides that two or three neighbouring tones are so similar that it will save them as the same tone. How similar they have to be, to be classed as the same is determined by the user, the more you compress the image the more tones are recorded as the same. If you repeated open and save the same image at the same compression level, more data is lost each time and the file size continues to shrink.

Jpegs are 8 bit image files, if you have problems in Photoshop, and it won’t let you save as a Jpeg, check to make sure that the image is only 8 bit, some RAW converters default to 16 bit (to check click on image, mode and then select 8 bit).

There are a variety of Jpeg formats including Jpeg2000 and JPeg LS however we shall deal with the two variations on the standard Jpeg format that we regularly deal with, Baseline and Progressive, whenever you same a JPeg in Photoshop you will see these two options available.

Why do we need these two and when do we need to choose?If you are publishing images on a website the progressive scan works far better as the image builds and progressively, so that the image starts of as full size but low resolution, but increases resolution with each scan. The Baseline image will will build as a picture starting top left and slowly add addition areas of the image, not too much of a problem with a high speed broadband connection, but definitely a disadvantage when on High Speed Data or dial connections.

For wiring images to the papers or office, it really doesn’t matter which of these standards you use. I personally always use baseline, but that is up to you.

Unless you have to up-res the image after capture, there is not often any need to change the image size, in reducing the image size, all you are doing is discarding information. It is my opinion that it is better to compress a larger image slightly more, than to downsize it. The important thing to compress to a level where there are no “Jpeg Jaggies” if you cannot compress to a sensible file size for wiring through jpeg compression only then should you look at re-sizing an image.

Resizing an image because it will not compress will not often be required, however it may if the image that you are sending is has been shot at a very high ISO rating. Unfortunately the noise introduced by high ISO settings is not very compressible.
I tend to compress the files from my EOS1 D mk II N to around 400-600k (this is the space that it occupies on the hard disk, not the size when opened in photoshop). Usually at average ISO settings this is fairly easy and works without producing Jpeg artifacts (Jaggies) As you can see from the image to the right. Artifacts tend to be most visible in areas of constant or similar tones.

The next important element is how you save the image ready for wiring, I tend not to resize an image, the images of the card are 18.1mb (uncompressed size in Photoshop) and measure 2055 by 3072 Pixels, there is no need to change this size, if you have cropped the image there is no point to resizing the image back up, unless it is a huge pull up. But even then it is of little real value.

However you will need to compress the image using Jpeg compression, as sending an 18mb Tiff file is not really practical. Click on the file “save as” give the image a suitable name and then adjust the amount of of compression. The simplest and easiest way to achieve the desired size is to use the Image Quality Options slider or the box above were you can enter anything between 1 (from lowest quality / highest compression) and 12 (highest quality / lowest compression).

As adjust the slider you will notice that the value in the size box will vary (sometimes it may take a second or so after the slider has moved to re-calculate the new value). This is the approximate file size when written to disk.

Some Images are more compressible than others, very noise images (shot at high ISO values for example), or very detailed images will compress less readily than images lacking a lot of detail or containing large amounts of similar colours (for example large amounts of sky or out of focus grass). Ideally for wiring over a mobile data line you would probably want to aim for a file size of 200-300k. I tend to use WiFi or a 3G Datacard, so I tend now to compress my pictures much less than I used to, I fairly regularly wire images compressed down to 1-1.5Mb.

I hope that you found this page useful. Please feel free to contact me if you require further details posted here.